Posted on February 27, 2019 by Michele Vaughan Posted in Gazette

Kayenat (“Ky”) Aryeh doesn’t remember the night her mother and father fled Afghanistan with her, and whatever belongings they could carry in a suitcase, but she has heard the story from her parents enough times that she can tell the story with sufficient detail so the listener can visualize what it might have been like. Ky has a quiet, soft spoken manner, with a direct eye contact and a deeply engaged manner when sharing the details of her formative years. As she shares each big nugget during the telling of her story, it’s hard for me not to want to spend hours learning about each life event that has shaped and formed Aryeh. With the unfolding of each new significant life event, I become more and more engaged in her story and fascinated with her journey. 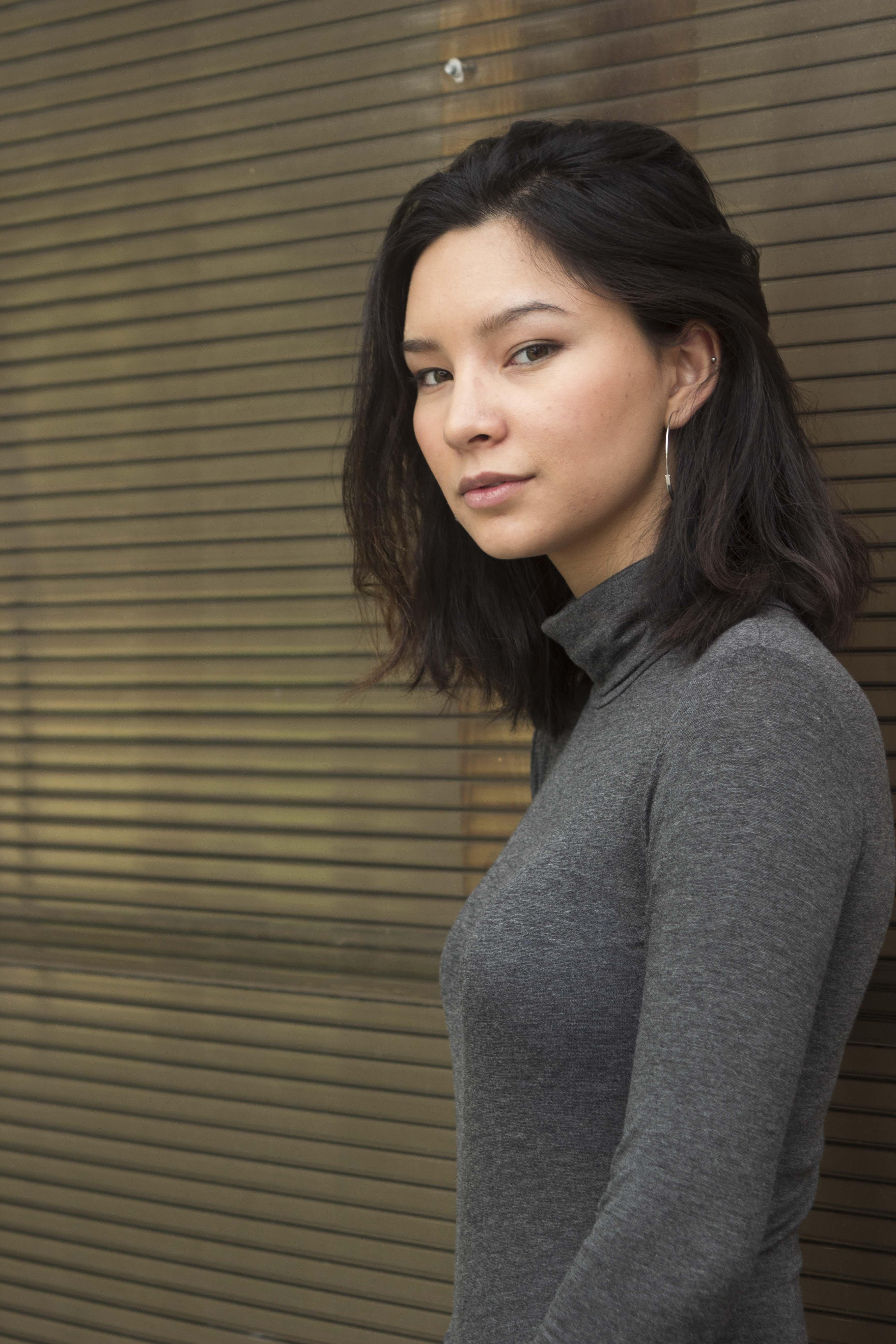 Aryeh shared that her parents, neither of whom has a high school diploma, wanted a better life for Aryeh that they couldn’t give her in Afghanistan. This was 1998 and Aryeh was just a year old and the Taliban held power over roughly three quarters of Afghanistan. “There was no safety or freedom,” Aryeh explained to me. “People had to do what the Taliban said and they were tortured and punished if they didn’t. This was especially true for people who were Shi’a. The features that Shi’a Muslims have are different from the features of Sunni Muslims. Meaning, people can easily tell if you are Shi’a or not.” Aryeh’s family are Shi’a Muslims, making life extremely challenging for them.

Aryeh went on to tell me “It was extremely important to my parents that I receive a good education and they didn’t think that was possible in Afghanistan at that time.” Aryeh’s parents made a tough choice, and decided to flee to Pakistan, where they lived with Aryeh’s grandparents, who had also fled Afghanistan. Aryeh’s father soon left Pakistan, taking whatever odd jobs he could find to earn money while persistently pursuing a visa that would allow him and his wife and daughter to move. He did acquire a visa in 2002 and moved to Tucson, where he continued to work odd jobs and began saving money to buy Aryeh and her mom plane tickets to move to Tucson.

While in Pakistan, Aryeh’s parents focused on getting Aryeh enrolled in the best possible education situation, which at the time was private school. “You had to have connections to enroll in a private school to get a quality education, so my father promised to send a Christmas tree to a friend in exchange for enrolling me in a private school.” Her father did send the Christmas tree from Arizona to Pakistan but “his friend was quite disappointed because it was very small, not the tall six-foot tree he had envisioned” Aryeh shared with a slight grin.

Aryeh enjoyed school and found she had a talent for picking up languages. By the time she was seven, Aryeh spoke five languages. Soon her father had saved enough money and Aryeh and her mother began preparing for their move to Tucson. Aryeh remembers “my mom sorting through photos and sentimental personal belongings and deciding what to take in her one suitcase and what she would leave with relatives in Pakistan. I remember a lot of tears and saying goodbye to my relatives.” They had their plane tickets and began the journey to the US. “It’s not as easy as it sounds,” Aryeh told me. “No one in my family had a personal vehicle, and public transportation wasn’t readily accessible. As a female, my mom could not travel alone to get to the airport and my grandfather had to escort us until we got on the plane.”

Aryeh and her mom arrived in Tucson, and although she spoke five languages, English was not one of them. They arrived in the summer and Aryeh spent as much time as she could learning English before starting elementary school in the fall. She quickly picked up English and enjoyed school and great teachers.

By this point in our conversation, Aryeh hadn’t shared much about her passion for science, so I asked her where that passion originated. Another defining life experience was revealed to me. “I always knew I wanted to go into medicine and knew I wanted to be a surgeon. I love art too, and surgery is like an art.” She paused for a few moments and then continued. “The first month of the Islamic lunar calendar is Muharram and during this month there is the day of Ashura. It is a commemoration of the death of Imam Hussein, grandson of the Prophet Muhammad. During Ashura in 2003 my family and I were in the mosque and a bombing happened right outside the mosque. Despite the chaos that ensued, passers-by that were near the bombing quickly reacted and tried to help but “they didn’t know what to do because they didn’t have any training. The passers-by soon began bringing bodies into the mosque where we were. I watched as they sorted the injured from the dead. The memory of that day, the sorting of bodies, and triaging injuries is still vivid in my mind. I knew on that day that I had the desire and capability to help people and knew I would pursue a career that would enable me to help people, especially in third world countries.”

That passion for science is one of the things that went into her decision to choose MCB as a major at UA. She knew she wanted to be a pre-med major so she went through the list of majors that qualified. “I really liked the sounds of MCB – it sounded fancy and sounded hard and I love challenges! As I learned more, I found it fascinating that a whole universe existed inside of a cell. A whole life is happening inside cells that we can’t see with our naked eyes,” Aryeh told me. The choice to go to UA was an easy one – she knew she would go in-state and she didn’t want to go to ASU. Financially, she knew the expense of college was going to be a challenge; she is funding her own college education through part time jobs, financial aid and scholarships. She is an Arizona Science, Engineering and Math (ASEM) Scholar, a Galileo Scholarship winner, and an Undergraduate Biology Research Programs (UBRP) student. She also won the Dottie Sams Research Award and is involved in a program called MexZona, where she volunteers at a free clinic in Mexico.

Once at the UA Aryeh immersed herself in her studies, and took advantage of many of the UA programs. As an ASEM Scholar, students have to shadow researchers in a lab. She chose Dr. Andrew Paek’s lab after she read a description about his work including the statement that his lab studied “How cells determine their fate.” Her interest was piqued and she was Paek’s first lab student. “I had just set up my lab and was reluctant to take an undergraduate student in my lab, but I was impressed with Ky’s genuine interest in science and how research is done.” Aryeh continued on in Paek’s lab through the UBRP program and will continue her research until she graduates in May. She is working on her senior thesis now – looking into FOXO nuclear localization and transcription activation to predict different cell fate outcomes and how they are modulated by the FOXO response to different drugs. Paek continues to be impressed by Aryeh “Ky gets excited about solving puzzles. She did an experiment where she saw a spike in FOXO activity after inhibiting mTOR. She wanted to know why, so we designed some control experiments. She got really excited about learning and the process of problem solving through logic.”  Perhaps because she is a natural at picking up new languages, Paek spent only a small amount of time introducing her to programming in MatLab. “She isn’t intimidated with programming and she picked it up quickly and was able to write her own code.”

Aryeh has a busy semester; she is finishing her course load to get her degree, studying for the MCAT which she will take in April, finishing up her senior thesis research in Paek’s lab and helping with her family. While she focuses on her daily priorities, she keeps an eye to the future and what she will do after graduation in May. “It seems a little daunting. I have a sense of urgency to land a job with good pay. I have to start paying back my student loans and continue helping my family financially.” She plans on taking a gap year to work and to take some time for herself to paint and create art.

Aryeh keeps has a lot of balls in the air with school, MCAT, work and family commitments. When I asked her how she stayed focused and committed to her goals, she told me “I motivate myself by reminding myself that I’m doing what I love and this will end up helping a lot of people.”

We have no doubts that Aryeh’s future will include helping many people and that her passion for science, medicine and the well-being of others will not only help people, but inspire many!